The traditional use of art in South Asia has helped the myriad of cultures that inhabit the region distinguish themselves and their societal differences.

The diversity of peoples calling this area home over the centuries have each contributed their own unique styles of music, literature, sculpture, visual arts, dance, poetry, calligraphy and theater to the mix. 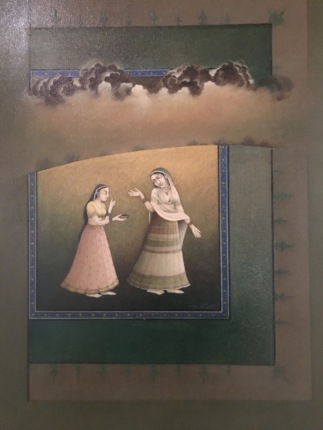 Within each of these traditions can be seen the whispers of the Mughal era, Islamic ideology, Sufism, strains of Hindu and other regionalisms.

“Our history starts 9,500 years ago and since then the land has been filled with all kinds of cultural imprints,” says Syed Jamal Shah, director general of the Pakistan National Council of the Arts.  “There is a great cultural diversity in Pakistan.”

Art struggles in a new country

Yet the art scene specifically tied to today’s Pakistan is relatively recent, since the country was only cleaved from India in 1947.

And over those seven decades the evolutionary path toward a fully fledged arts scene has been an inconstant one.

Part of the difficulty has arisen from political institutions that have changed numerous times over the past 70 years, with some governments putting emphasis on the arts while others tightly controlled forms of expression. 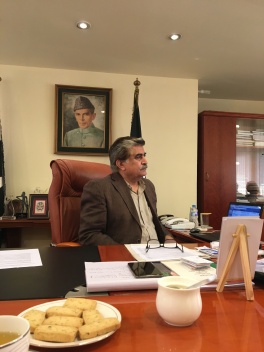 “It has been a very frustrating struggle for artists,” Shah says.  “People consider (art) a necessity but the government has often failed to deliver.”

Although the arts initially thrived in the newly created Pakistan, the declaration of martial law in the country in 1977 followed two years later by the conservative Iranian Revolution signaled a dark time for the art world.

An example of that decline was the Pakistani film industry, once known as Lollywood and an authentic competitor with the Bollywood of India.

The 1960s into the 1970s were Lollywood’s Golden Age, with some 1,500 cinemas appealing to movie-goers throughout the country.  During the early 1970s, Pakistan was the world’s fourth largest producer of full-length mostly Urdu-language features.

But with the arrival of a new government with an emphasis on conservatism, theaters were all but banned and movies bemoaning the country’s political struggle were shown clandestinely in people’s back yards and other out-of-the-way sites. 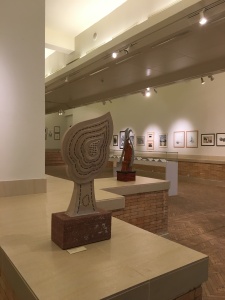 Today, the industry has rebounded but is still struggling.  Fewer than 400 screens are available to show movies within the country and 2017 saw the release of only 16 films in the predominant Urdu language.

“We really should have 5,000 screens or more,” says Shah, a filmmaker himself.  “It’s very difficult for local filmmakers to get their films screened.”

The production and display of other forms of Pakistani art is also beginning to rebound. 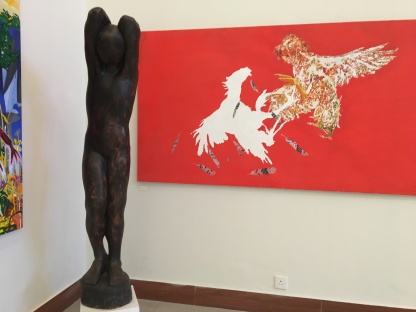 The Pakistan National Council of the Arts was created in 1973 to help the country develop the arts.  However, like all the arts, it languished during the country’s conservative eras.

Within the past decade several public galleries have been created across the country to showcase the art of the country.  Private galleries are also becoming more common in the larger cities.

Still, there are many who wish the country could do more.

Naeem Tahir, a Pakistani arts critic and writer, has issued a recent statement urging the government to put a greater emphasis on arts and culture.

“Our national culture needs to be owned and identified,” he writes.  “We all need to take the responsibility to preserve and promote.”

Note:  All photos of artwork taken within the Pakistan National Council of the Arts museum in Islamabad.